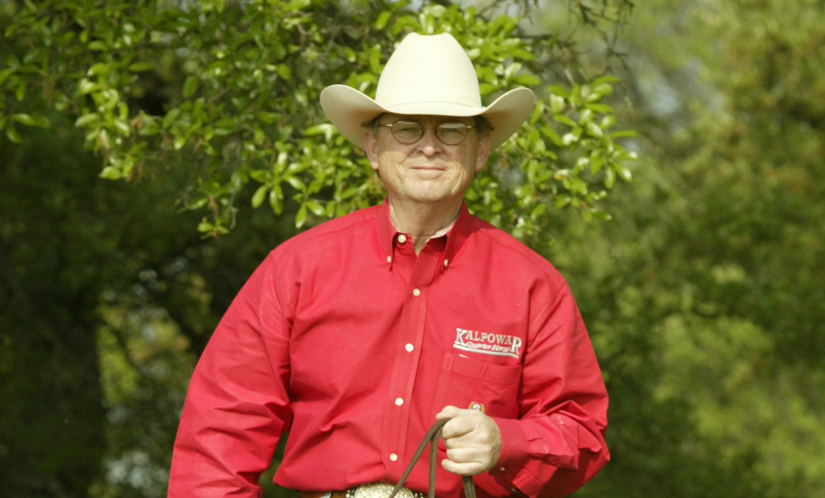 19 Oct Larry Bell – Inducted into the NRCHA Hall of Merit

Longtime National Reined Cow Horse Association sponsor, past Vice President and board member Larry Bell, of Midland, Texas, joined the NRCHA Hall of Merit in 2017. The Bell family had been breeding prospects for the cutting and reining horse arenas for many years before Larry made his first trip to the NRCHA Snaffle Bit Futurity in 1998. He became excited about the dynamic new sport, decided to place some young prospects in reined cow horse training, and became an active promoter of reined cow horse in Texas and the surrounding area. Larry’s involvement began as a volunteer and sponsor of the Southwest Reined Cow Horse Association (SRCHA), a Texas-based NRCHA affiliate. He joined the SRCHA board in 2000, and became its president in 2002.

Bell’s enthusiasm for promoting reined cow horse, and his logistical and leadership skills, drew attention at the national level, and he was recruited to the NRCHA Board of Directors in 2003, serving multiple terms as the NRCHA Vice President and on the Executive Committee. Bell’s original, and enduring, priority has been to promote reined cow horse in Texas and throughout the Southwest, alongside the robust cutting horse industry, and when Bell’s daughter, Amy, became passionate about NRCHA competition in 2004, her show career took the entire family’s enthusiasm for reined cow horses to a new level.

The strong personal relationships he has developed because of the reined cow horse industry are particularly important to Bell, and he values horse owners and sponsors for their integral roles in making events possible.