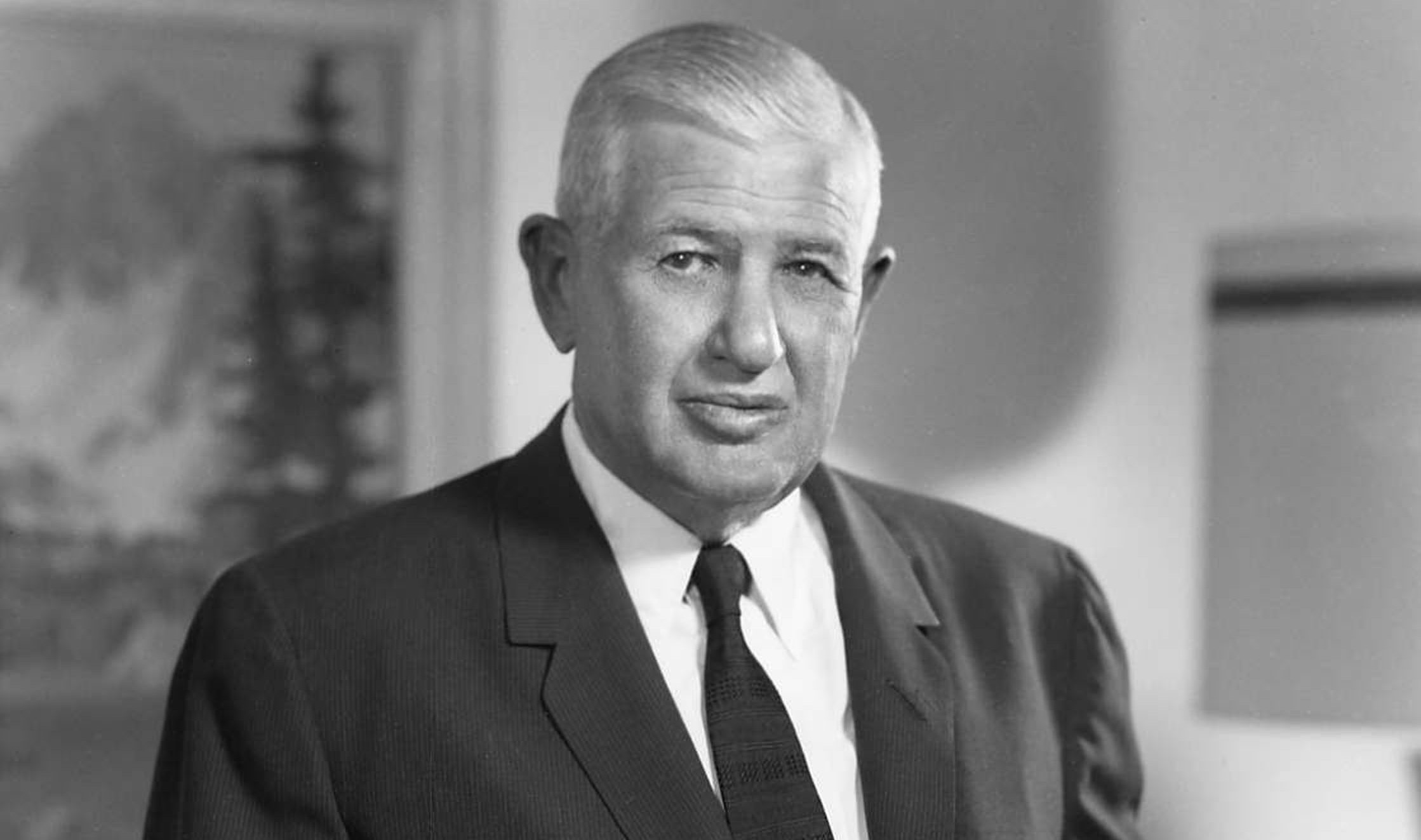 The American Quarter Horse Journal – May 1962.

Perhaps the reason Roy Parks is so conspicuous is because he tries so hard to be inconspicuous.

Know and respected by countless thousands of livestock and Quarter Horse breeders across the nation, and honored by various breed associations, civic, and commercial business institutions, this pioneer West Texas rancher presents a profile of calmness, dignity, stability, and confidence, in every sort of gathering and under all circumstances.

Usually stoical as a cigar stare Indian, even when presiding at large meetings, Roy Parks is noted for conversation that is free of superfluous talk, believing that an affirmative or negative work will convey as much meaning as a whole corral full of phraseology.

Walter Humphrey of Fort Worth, Texas, once measured Mr. Parks. Said he:
“A fellow like Cattleman Roy Parks is easy to do nice things for … he deserves
them, and he says his thank yous in very few words.”

An editorial which appeared some years ago in the Fort Worth Star Telegram paid respects to the noted West Texan by observing that when Roy Parks speaks about livestock, other livestock men listen – with eagerness and respect.  It may seem a paradox, but it is so.

Roy Parks came by his knowledge of cows and horses in a most natural way.  His paternal grandfather, Leroy Parks, settled on Meridian Creek in Bosque County before the Civil War.  Roy’s father, Jim Parks, was born on this ranch.  Grandfather Parks, as did all ranchers in those days, had many horses, and the Parks stock ranged the open country for a hundred miles or more between the home place and Waco.  There were Percherons for work, German Coach horses for driving, and Throughbred crosses for ranch use.

It is interesting to note that the brand “P” which appears on the left shoulder of Roy Parks’ horses is the one first recorded by his Grandfather Leroy Parks , and used subsequently by Roy’s father.

Roy and his sister Ruby attended school in Breckenridge until the family moved to Fort Worth, where the children enrolled in the public schools in that city.

“As I recollect,” says Mr. Parks, “It was about 1914 when I decided I’d accumulated all the education I needed, so I quit school.  Father gave me a Model T Ford, I drove to Ancho, New Mexico.  There was alot of free range out there.  I traded my little Ford to a man for a small bunch of mares, out of an old mare owned by a man named Brennen and sired by a stallion from around Temple, Texas, named “Rondo”.

The rancher from whom Roy acquired the horses agreed to let the new owner run the animals on his grass and water for a few years.  With more horses than dollars, Roy hired out to cowboy for Jess Jenkins at the Hip O. H. Ranch at Corona, New Mexico.  From there he drifted back southward to Carrizozo where he served as a cow nurse until one day he received a letter from home.

“Papa wanted me to return home and go to school.  I didn’t argue much, for I had learned tat life might offer more than working for thirty dollars a month to support a band of mares.”  Returning to Fort Worth, Roy enrolled at Texas Christian University.

Before Roy could earn a college degree, his father sold a portion of his mineral rights on the home place in Stephens County.  He offered to buy his children a ranch.  Roy, still hankering for country due west, selected a ten section layout in Midland County: he arrived there in 1918, 21 and single.

At the peak of his ranching operation Roy’s spread extended across 200 sections.  In those days he ran from 2,000 to 3,000 mother cows.   Prominent cowmen say the Parks Herefords were among the choice commercial herds in the nation.  During the severe drought of the 30’s, Roy reduced his cow herd but kept 200 head of choice heifer yearlings which became the basis for rebuilding his present herd.  Roy is determined to produce the same high quality cattle for which he is universally noted.

As time passed, Roy had plenty of time to think about the eighteenth chapter of Genesis in which the Lordr God said, “ It is not good that man should be alone.”  A petite young lady from away back in East Texas, who had come to Midland to visit an aunt and uncle and to teach voice in the frontier village, helped Roy’s mind dwell more and more on philosophy that man should not be alone.  In 1923, Jojo Evans became the bride of Roy Parks.

As the years passed and the Parks livestock operations prospered, Roy decided he would like to raise a few horses; he bought a bunch of mares from Tom Nance.  Though Roy doesn’t remember the breeding on the mares, he knows they had a lot of Thoroughbred and Quarter breeding in them.  For a stallion, Roy went to the Pitchfork Ranch to buy a Thoroughbred named Trimmit.
Years afterward Roy was in Fort Worth for the annual Southwestern Exposition and Fat Stock Show.  He remembers he meeting to organize the American Quarter Horse Association; for he was there, though he didn’t join because he didn’t know the breeding of his mares.

Upon his return to the ranch from Fort Worth in 1940, Roy began tracing the breeding of his mare band.  The next year, when officials of the infant American Quarter Horse Association again met in Fort Worth to initiate a registry, Roy was present, became a member, and was made director of the organization.

“I had learned,” Roy says, “that about half of my mares were sired by a stallion we called Anti Pro who was sired by John Wilkins by Peter McCue.”

“Before I really discovered the breeding of my mares, however,” he continued, “Jay Taylor of Amarillo told me he had a good old stud he would give me; the stud was named Chief Wilkins, by John Wilkins.  I was breeding him to the Anti Pro mares, which made the colts go back to double bred John Wilkins – Peter McCue.”

“I was down at the King Ranch in 1941,” Roy continued, “ to watch them work cattle for several days.  I thought theirs were the best cow horses I had ever seen and I made up my mind right then to have a King Ranch stud.  I would up buying several, but the first one was a little horse called Cotton Mac by Macanudo, out of a Cotton Eyed Jo mare.”

Roy says that in the years after he became affiliated with the American Quarter Horse Association he has had a real good pick of the King Ranch studs.  Among his favorites he has owned was one named Little Wimpy, sired by Wimpy P-1.

Numerous horses have carried the Parks brand and it is difficult for Roy to cite the ones he thought the most of; however, among those which make his eyes twinkle was one by a grullo stud given to him by Tom East, of Kingsville, Texas, called Smoky Jr. by Smoky, by Old Sorrel.

“We raised more good horses by him – horses with good disposition, cow sense, and ability to do ranch work than any stud I ever owned,” he declared.  Smoky was sold in 1950 to Clarence Scharbauer, Jr., of Midland.

Roy seldom showed any of his Quarter Horses, though a mare named Powder Parks, the dam of General Roy, by General Lee, was an exception.  She was first in her class at the Southwestern Exposition and Fat Stock Show, and was campaigned successfully for a time in West Texas.  Roy’s ranching business and other affair’s precluded personal treks with horses to show rings.

The full extent of benefactions given by Roy Parks to the American Quarter Horse Association and the Quarter Horse breed cannot be visualized without taking into account his endowments of self to the livestock industry over a somewhat corresponding period of time.  He helped to organize and served president of the Midland Fair Association; he helped organized the Sandhills Hereford and Quarter Horse Show in Odessa; he has been a member of the directorate of the Texas & Southwestern Cattle Raisers Association for 44 years, a member of this organization’s executive committee for 21 years, and served two terms in the presidency of the famous body.

Albert K. Mitchell, who in partnership with his late father had the first herd of registered Herefords in New Mexico, once spoke of his friend Roy Parks as “the Grand Champion of Cattleman.”

For many year Mrs. Parks accompanied Roy to every major gathering of cattle and horse people from Chicago west; more recently, however, ill health has made it impossible for her to travel long distances.  She now prefers to remain at the family’s home in Midland.

The couple’s life, full of rewards and pleasures, was immeasurably saddened in 1950 with the passing of their only son, Roy Jr., who was the partner of his father in the livestock and Quarter Horse enterprise.  A large room in their ranch house, where Roy Jr. took his bride immediately after marriage, is filled with trophies won by their son; his hats, saddles, and boots remain just as he left them.  Roy and Jojo now find whatever solace remains for human hears and minds in the company of their three granddaughters, Martha Ann, Charlotte, and Ellen who live nearby.

Among the cherished mementos in Roy’s office is a plaque, presented by the AQHA at its 1961 convention in Denver.  Inscribed on it are the words:
“To President Roy Parks whose love for and loyalty to the American Quarter Horse and the Association, founded in its name, contributed so greatly to the development of the breed and the advancement of the aims of this organization is hereby memorialized by the officers and directors as they join with Quarter Horse breeders and users everywhere in expressing appreciation for this man who was born, reared, and spent his lifetime in the true traditions of the West.”

Written for and given to a man who doesn’t waste a single word in conversation, that’s saying a great deal.